Have a Little Patience 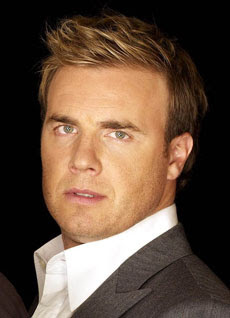 So I went to England for a few days, but didn’t see any horses. The video of the pretty liver chestnut I fell in love last week with didn’t impress my trainer, and when I looked again with a slightly cooler head I could see where she was coming from. Yes, it’s a pretty horse, with pretty paces, but for the price demanded, and the level of training stated, the video didn’t show nearly enough. Not by a mile. Also, the horse is apparently mega whip shy, to the extent where it doesn’t even like the rider to carry a whip, which turns me off somewhat. Not that I’m a heavy handed, whip wielding horse thrasher. Not at all! But I do like to carry one to encourage a haphazard hind leg, or to make a point once in a while. Nevertheless, I’ve asked for more footage, so we’ll see. Patience is a virtue, right? As Take That say in their wonderful song: “have a little patience”. I’m playing that song a lot lately. Not sure it’s helping!

I’ve seen a few more videos from Holland and selected a couple of contenders. Both are mares. I’m not sure I want a mare, as I’ve had one and they can be a bit of a pain, don’t you think? Mine was a grouch. I loved her to bits, but she was definitely a grouch. She didn’t like to be fussed over, didn’t like to be saddled up, didn’t like to be blanketed, and had strong opinions about the most trivial things. Of course, not all mares are like that, but experience has made me mare-wary. I mean, I know what hormones do to me, so I can relate. We’ll see. Have a little patience.

Which brings me to a non-equestrian topic. I actually wasn’t going to London to look at horses, at least not in the first place. I went to see a concert, and I took my Mama. She’s 72, it was her first pop concert, and she loved it! We saw Gary Barlow, the lead singer of Take That, at a small venue in Shepherd’s Bush, packed with two thousand love-struck, ultra-dedicated Gary fans. But what made this concert super special was the fact that it was a public celebration of Gary’s fortieth birthday, so you can imagine the atmosphere!

The evening was one long exhilarating sing-along from the moment the party boy came on stage. There were special guests, too, including an endearingly shy Chris Martin (Coldplay) who accompanied Gary in the massive Take That hit “Back for Good”, then ran offstage like he had tummy ache or something. Midge Ure (remember the Eighties group, “Ultravox”?!) was also invited, singing his heart out to a new Take That song inspired by his stratospheric hit, “Vienna”. Brilliant! The rest of the “Thatters” were there too (Jason, Mark and Howard, gotta love them!), singing and dancing up a storm, apart from the fickle-faced Robbie Williams (who recently rejoined the group after causing mayhem for them back in the Nineties) who contributed by sending Gary a video-taped, bare-bottomed birthday greeting from Los Angeles. Personally, I found this a little OTT, but that’s just me. I guess Robbie will always be Robbie. Pff!

Anyway, as concerts go, this one was one of the best I’ve seen as far as the feel-good factor is concerned. There’s something intensely satisfying about belting out one great song after another with two thousand other people, while doing all the accompanying moves. It’s fun! It’s uplifting! And I don’t care about the snide remarks I get from the musical snobs in my entourage, they can diss Gary Barlow as much as they want. He writes great, melodic pop songs, with tunes you can sing, not just repetitive risqué lyrics with boom-boom-pow thunderous bass lines orchestrated for bottom wiggling. Don’t get me wrong, I’m all for wiggling my bottom to the risqué boom-boom-pow stuff when bottom wiggling is called for, but there’s something to be said for a great melody and nice, romantic lyrics, don’t you think?

Besides, Gary Barlow’s “Patience” really speaks to me at the moment. It’s a song about a embarking on a new relationship after losing a very special one. Horse-wise, I’m there. So thanks, Gary, for a wonderful evening.

Posted by Francesca Prescott at 8:21 AM

Sounds like a blast, Francesca. And as for mares, I'm with you. I won't have them any more. Most of the ones I owned and/or rode were objectionably moody, in my opinion. Though I know many people who prefer mares. But mine are all geldings, and I like it like that. I hope you find just the right horse for you--whether male or female.

Thanks, Laura! It was definitely a blast! I'm just a middle-aged horse-loving teenybopper :)

LOL I'm a mare person. Have been for a long time and I assume will always be. Yes, some mares can be grumpy and get that horsey PMS. But when the chips are down I always found my mares would give me a 150% percent while the geldings would stop below 100%. I never had a problem dealing with mare PMS whether schooling or showing - never gave them any sort of non-pms supplement. I did have one aggressive mare who became more aggressive when she was PMSing, but I considered her to be an isolated case. My geldings would just stop when they were done and become mulish except for one little spitfire Shetland-Arabian gelding we had. Though now that I am possibly horse hunting again this summer I am considering trying another gelding just because I want to get something totally different from my dearly departed mare.

I was never around a mare I clicked with until I got the one who is now my favorite horse (the one I'm on in my profile picture). I don't know how she would be competing, but for every day riding and ranch work, she has always been more than willing. When I walk up to her in the corral, it looks to me like she's smiling. I couldn't ask for a sweeter personality, but maybe she's a rarity.

Hi Angelia/Angie and Susan! I guess it all comes down to individual personalities in the end. Which makes complete sense. In fact, while my daughter and I were searching for a horse and eventually found Kwint, we fell in love with a gorgeous six year-old mare with a wonderful personality. Sadly, she failed the vet check due to a triple heart malfunction, but I'm sure she'd have been a wonderful horse for both of us, despite being a) a mare, and b) younger than what we wanted.

Angie: I'm sorry you lost your mare and hope you find a gelding as delightful as my Kwintus has been (and still is!).

Susan: Kwint smiles at me from his corral, too (except we don't call it a corral here, we call it a park. Or maybe that's just French! I guess in England they'd call it a pen?). It's so rewarding to have a horse who's always happy to see you. Lovely mare! What sort of ranch work do you do? I'd love to visit a working ranch someday...

Thanks so much to both of you for your input! It's really helpful :)

The photo reminds me of your book Mucho Caliente!

Lots of comments on mares, I know. Just make sure if you fall in love with one, you try her out at all cycles--their behavior varies so wildly!

Alison! Did you read "Mucho Caliente!"? Yes, Gary Barlow is mentioned in there! I'm seeing my niece on Saturday, I'll ask if she's read your books yet. She's such a gorgeous, funny kid! Quite an original, that's for sure!

As far as mares are concerned, let's put it this way: if I was a mare today, I'd be a royal pain in the bum. Yep, I'm having one of those hormonal days...