Hi Everyone! I am pleased to announce the release of my newest novel from Musa Publishing. It's called SIX DEGREES OF LOST, and it's out as an ebook right now, although I hope to have some promotional print copies soon.


Sometimes you have to take a journey to find out where you really belong. 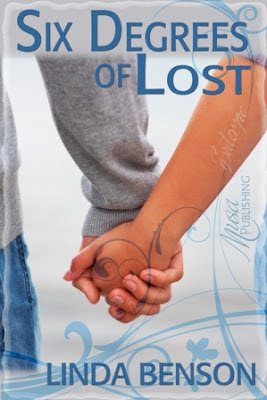 You piqued-ed mine!!! Congratulations on your new release. I'm looking forward to reading this, and will definitely recommend it to my Kindled nieces :).

Thanks so much, Cesca. I tried to pick an excerpt with lots of animals in it, because well, there are. ;-) For international readers, it's on Amazon UK, and Amazon in Germany, France, Spain, and Japan, I believe.

Laura - I bet your son would like it. It has equal parts boy and girl storyline, and there are things he might relate to, like hauling hay and barns and more.

Great Excerpt, Linda!
And Terrific title!
I'm ready to review it whenever . . .

Thanks, Alison. Still waiting on paper copies. At one point, you know, you will break down and buy an ereader (or your kids will get you one for Christmas. LOL.) I was a hold-out, too, but I finally caved. ;-)

I have this one on my TBR. I love it when a story appeals to my son and me... He'll go first, and then we can discuss it. (BTW your cover is fantastic!)