Hello everyone - I'd like to share my brand new release with you, even though it does not contain even One. Single. Horse. *ducks while you throw sack of rotting carrots* But if you'll allow me this short pitch - we promise to return you to your regularly scheduled horse posts soon. *grin*

My newest book, called Walking the Dog, does have one of the cutest covers ever. 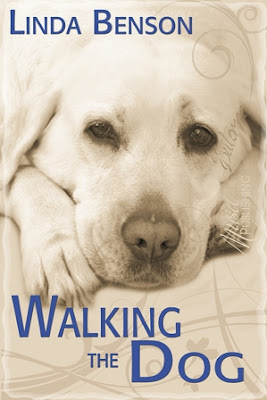 See what I mean?

And Walking the Dog has lots of dogs in it - therapy dogs, animal shelter dogs, rambunctious puppies, and even one quite independent orange cat.

But the real story centers around two kids who are dealing with some rather adult problems.

Jared feels like he's the only one who looks past Sophie's scars to see her for who she is. But can he be a true friend when she desperately needs one?


Jared is smitten when his teacher seats the new girl, Sophie, right next to him. Even with the scar running up the side of her face, Jared thinks she’s the most beautiful girl in the entire fifth grade. But why did she transfer here so late in the year? Rumors say something bad happened to her.

Jared and Sophie become friends while walking the guidance counselor’s new puppy, but when his parents object to this arrangement, Jared fabricates a series of elaborate lies to meet Sophie on the sly. But little brothers can be pests. First Petey lets the orange cat loose at the animal shelter where Jared and Sophie have been secretly walking the dogs. Then Petey turns up missing.

And Sophie's past finally catches up with her.
Walking the Dog was just released from Musa Publishing as an ebook, and it's already garnering some great reviews. It's a relatively short, but powerful read, and you can buy it for only $2.99.

Here are a few links:

Thanks, everyone. I hope some of you will give this new book a try.

Let me know what you think!

We authors really appreciate our readers!!

I agree with you on the cover! I'll be happy to review it for you if you can get me a hard copy.:)

Thanks, Alison. It's not out in print yet, although I may have some promotional print copies of this book at one point. Just eBook for now. Alison, you are going to have to join the modern age. Tee hee.

That is a VERY sweet cover! Makes you want to read the book.

Love the cover! I'd like to read it :)so no rotting carrots for you!