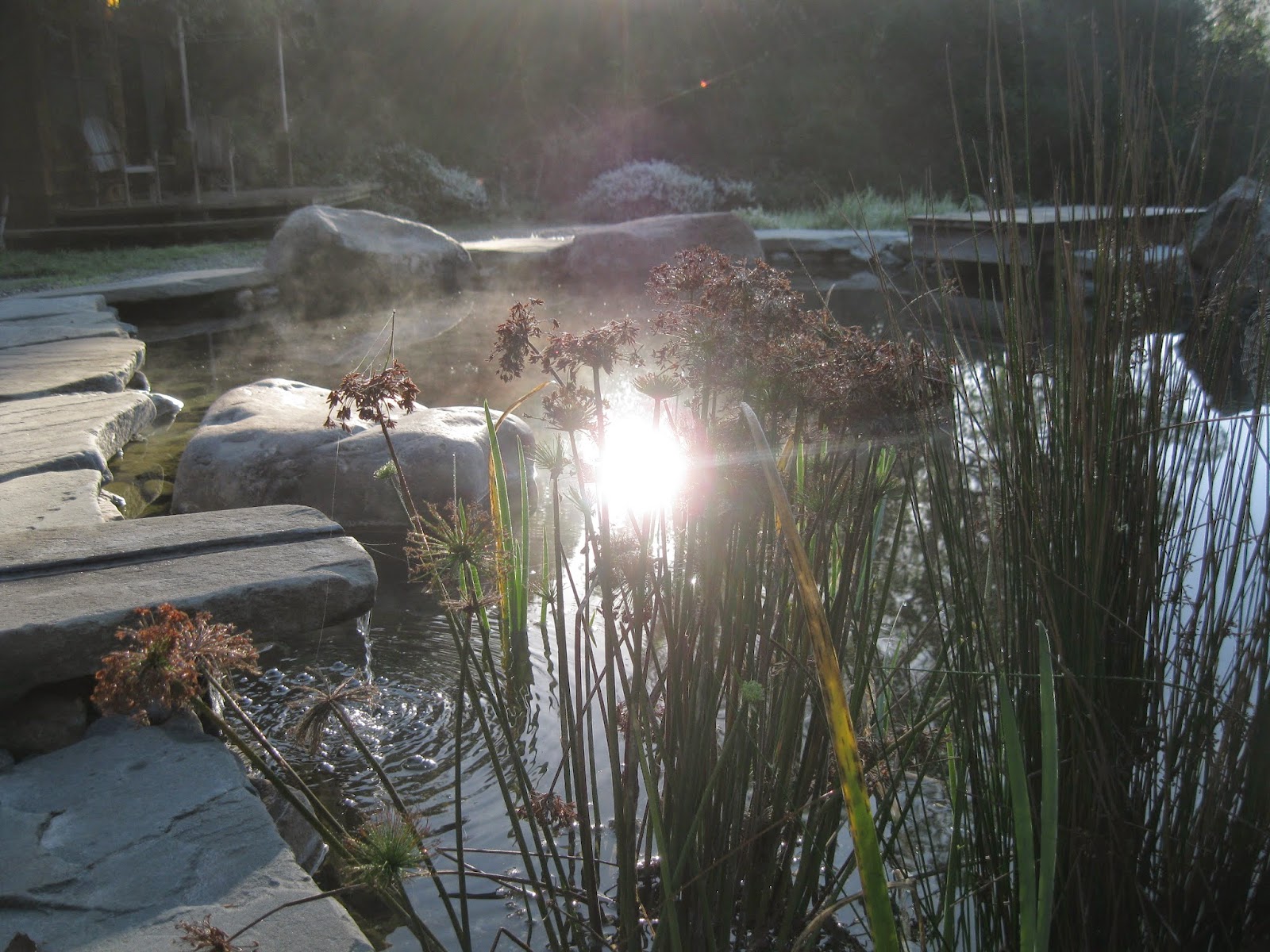 This post is for those of you who expressed an interest in my pond/natural swimming pool project that I wrote about last summer. Some people were curious about how the pond would work out over time and how I would cope with algae…etc. So today I am going to give an update on the pond/pool. (Once again, not a horse or writing related post—sorry.)
When we built the pond, it was pristine and clear, but devoid of life. Over time we planted water plants and various creatures came. I added mosquito fish to eat the mosquito wigglers, a frog showed up, as did water striders, and eventually dragonflies came and laid their eggs, and we got to watch them turn from underwater nymphs into flying dragons—an amazing process.
The pond was lovely in different lights—morning and evening. Water lilies bloomed. We floated in the pond and sat by it and jumped and waded in it and enjoyed it very much.
Algae did grow. First the pond became pea soup green. That cleared up in a month or so and filament algae began to grow. We coped with the filament algae by scrubbing it off the rocks and weeding it out. We had heard that it took a couple of years for these ponds to get into balance so we tried to be patient.
Then my husband got sick and through the fall I had little attention to spare for the pond. The filament algae coated the sides like a heavy growth of moss, though the water stayed clear. Andy and I would talk about the pond, and he encouraged me to get it cleaned out and start over and use some products to control the algae—experiment a little. He told me what he used on the drainage ponds at his greenhouses at work—and he pointed out that he had no algae there, but frogs came. And we had read that frogs were the barometer of whether water was healthy.
After Andy died I determined to follow his advice. I had the pond pumped out and the algae power washed away. Then I refilled it and began to experiment with different algae products. Eventually I settled on the one Andy had used at work—at the lowest possible dose. The fish seemed fine. The water plants seemed fine. And lo and behold, in February, frogs showed up.
The frogs croaked and sang every evening, and by the end of the month we had tadpoles—lots of tadpoles. And this made me happy because surely the pond was healthy if frogs could produce their young. Birds bathed in the fountain, animals drank from the pond, and I found dragonfly nymphs crawling among the water plants. The water lilies came back from their winter dormancy and put up new leaves. There is some algae but not too much algae. It looks like my grand experiment is working.
I took a few photos last month, and I will post them here for those who are interested. The pond has been a great comfort to me in this sad time. I sit by it a lot and listen to the gentle trickle sound of the little fountain that Andy designed, I put my feet in the water and float in it on warm days. And I look at every stone with the knowledge that Andy and I picked them out together and set them in their places. The pond is our joint creation—and I am so grateful for that.
In the evening I make a cocktail—and I make one for Andy. I clink our glasses, just as we used to do, and say, “Here’s to us.” And then I sit by the pool and watch the reflections and ripples and listen to the frogs and the sound of the water. The birds come within a few feet of me and take their baths. Last night a frog appeared near my feet. I talk to Andy as I watch the light change in the evening sky. And there is a part of me that knows that he is there with me—though he doesn’t finish his drink. But that’s no problem, as I do it for him. He doesn’t mind.
Anyway, for those who aren’t interested in my rambling about spirits and the after life…etc, the pond is undeniably real, and (at least to me) undeniably lovely. The magic that is present in a body of water, even a small body of water, is, I think, the most accessible, ordinary magic that there is in this world. Ordinary magic, yes. But none the less-- magic.

The photos in this post were taken in February of this year. 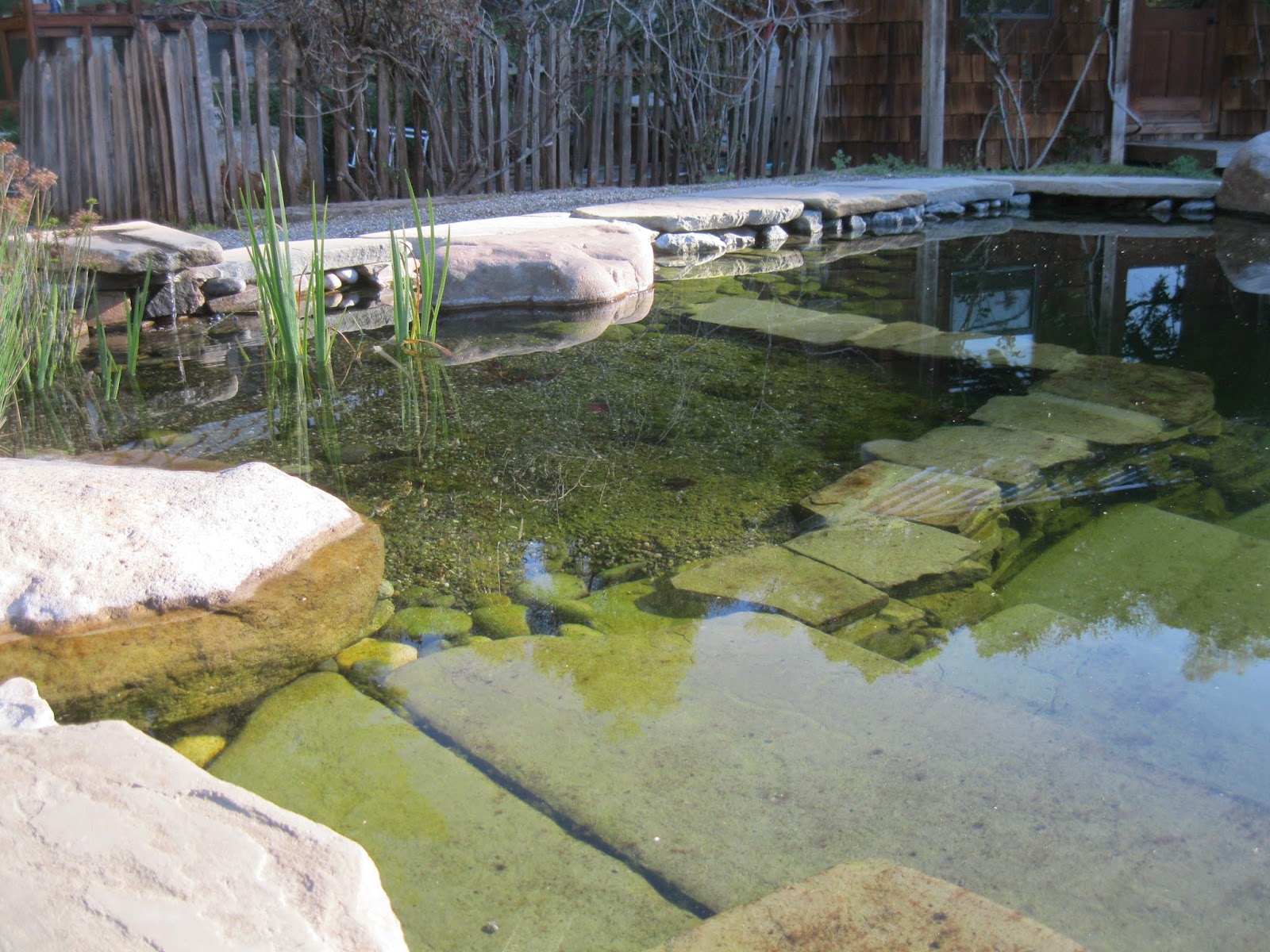 Looking down into the deep water. 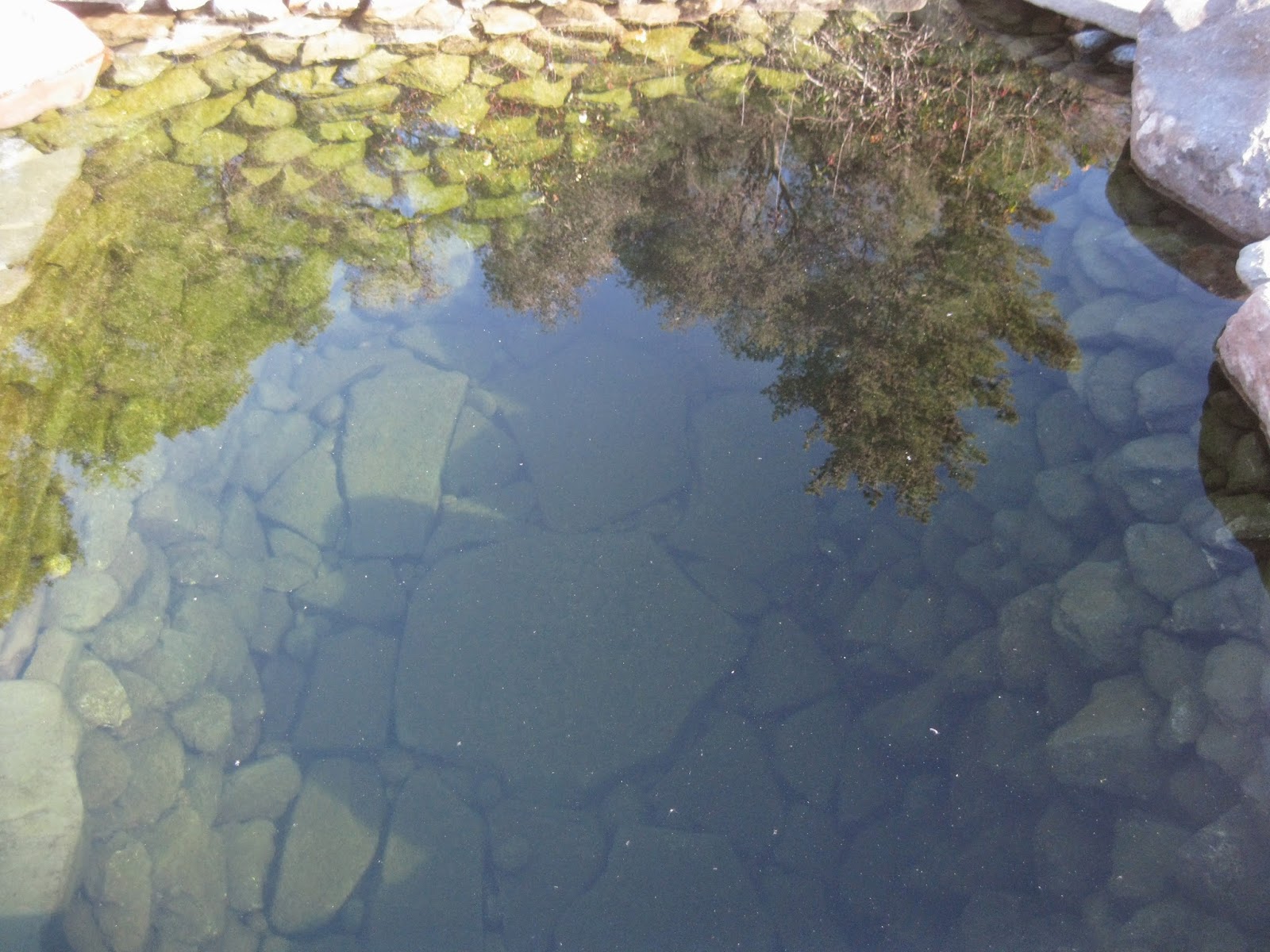 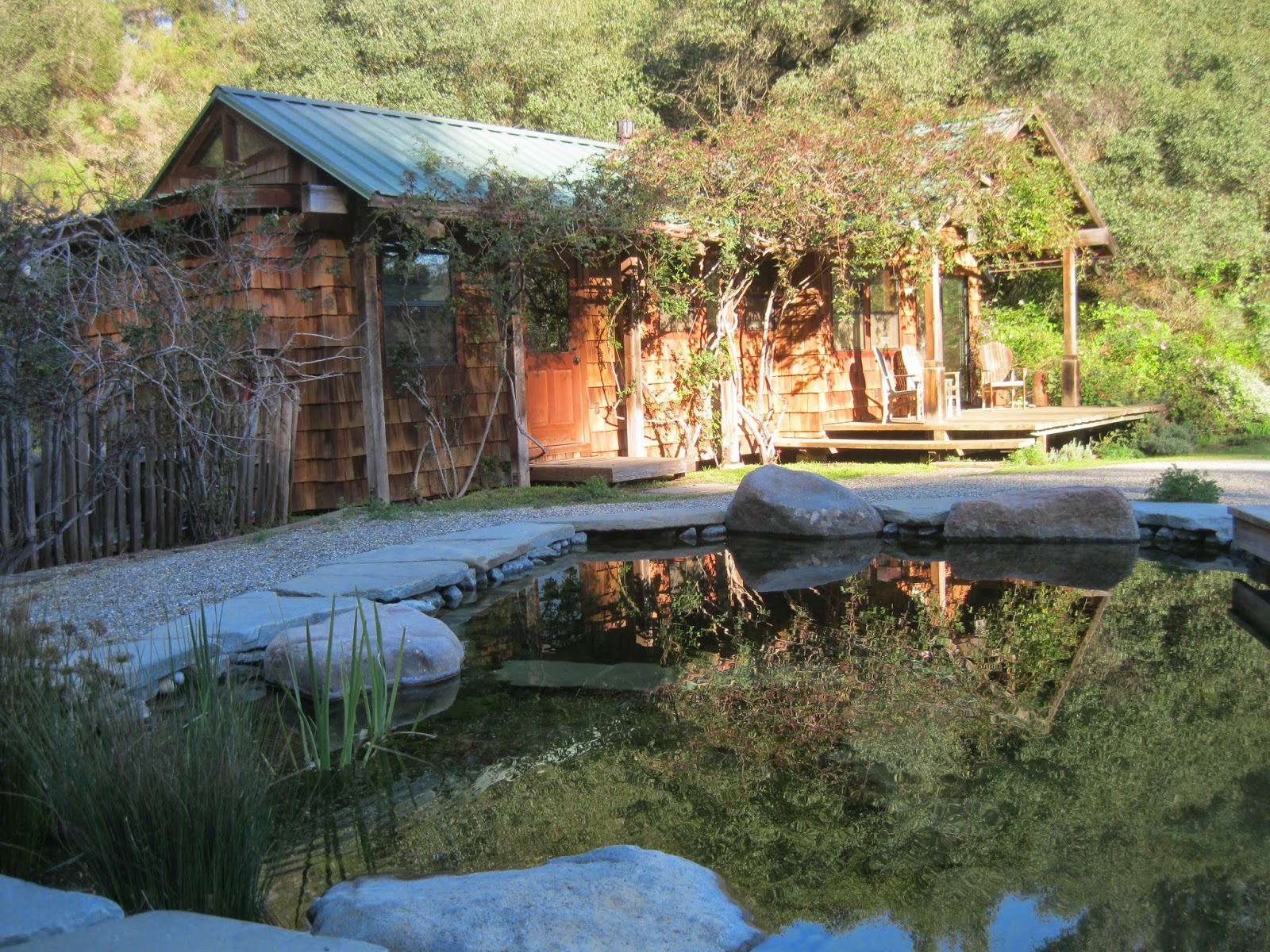 The pond has been truly magical for me. It is a project and requires attention and time, just like a horse or a garden or a child or a dog. But it is infinitely worth that effort. There are those who choose a chlorinated pool and a concrete patio surrounded by plastic grass—and I am sure the work involved is much less. However, I have a feeling that the rewards are proportional. Just a guess.

I read along as you & Andy planned & built the pond; it's another living testament to your ever-joined lives. I feel so glad that you have such a place of memories & tribute both.
Mrs Shoes
http://lifeatthe4shoes.blogspot.ca/

I didn't realise it was so big - I don't know why, you have posted photographs of it before.
It looks wonderful now. It is the perfect place to sit and be with Andy

May your pond continue to bring you peace and healing Laura.

It's beautiful. I think Andy knew what he was doing. It's a good idea to continue taking his advice.

Dear Laura, the pond is very beautiful and reflects how special your bond is with Andy. Sending you love, as always.

Its actually about twelve feet by twenty feet, so not very big. But I take photos that make it look bigger.

Thank you all for the kind comments.

I like your pond and wish I could see it. It holds water, but so much more - memories - and frogs!

Amphibians are definitely a good sign, since they respire at least partly through their skin they are the first to go when things aren't right. And of course they need the water to lay their eggs, another good sign! The pond looks amazing. I love the stones on the floor.