I met my sweet Fudge in the summer of 1997 at a summer camp in the Sierra Nevada Mountains (camp is also where I got my nickname Topaz.) I wasn't part of the riding staff (I had specialized skills in rarer areas) but when I could find some free time they would let me ride. Fudge was often my mount and it was love at first sight, love at first ride. Camp was stressful, but it all melted away when I was on Fudge's back. She was quiet and incredibly kind, the type of horse you want campers learning to ride on. Hundreds of children have been on her back over the years, from first walks to long trail rides. With someone who knew what they were doing she could really move and was a wonderful jumper. She had unknown breeding, just a short, pudgey, grade Quarter Horse mare. Regardless, I was in love and spent the rest of the year thinking about her. 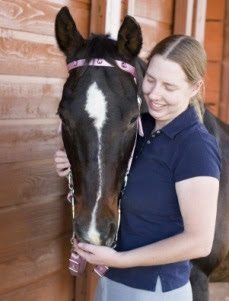 I spent three summers at that camp and switched over to working with the horses halfway through the second. I rode Fudge often, leading campers on trail rides through the incredibly tall pines. I spent the fall after the third summer working for the people that the camp leased the horses from, guiding trail rides outside Yosemite. Fudge wasn't there, she was down at their ranch, but I asked frequently if they'd sell her to me. Every inquiry was met with a laugh. Years passed and every so often I'd ask again. After my husband and I bought our 42 acres in Colorado they finally said yes. She was old at this point, 24ish, but my love for her had never faded. True love doesn't.

Fudge was officially mine in January of 2008. The last two years were hard, but I'd gladly do it again. She already had a swollen hind leg (lymphangitis) from getting it stuck in a panel fence in 2000. When she got to my house in May (she'd spent the intervening time in Salt Lake City while we waited for the snow to melt) she had ringworm and rainrot, the start of near constant skin crud. In August of 2008 her respiratory problems started. In March of 2009 her skin worsened, starting with crusty oozy sores on the insides of her hind legs (overgrowth of fungus, bacteria and yeast according to the biopsy.) In August of 2009 we thought she had laminitis, but it turned out to be navicular. She got her orthopedic shoes and steroid injections. We went through all this and she kept her stoic happy outlook on life. But this winter she stopped eating. Many theories, only one confirmed: the internal form of pigeon fever. In external pigeon fever the horse gets oozy abscesses from their chest to their genitals. In the internal form those abscesses form in and around internal organs. The treatment was going to be long, not cheap, and had no guarantees. We decided the kindest, best thing to do was to put her down.

She was so kind, so accepting of everything around her, except gunshots and snow falling off the roof. She didn't have a mean bone in her body and her manners were exemplary. My vet loved her. She could be grumpy, all mares can be, but it was always a good natured grump. All that is good in a horse was encompassed in her. And now she's gone. I don't regret the decision, it wasn't even very hard to make under the circumstances. But the right decision was a very painful one and I miss her so much.

I can't drive down my driveway without passing her grave, though at least recent snowstorms have covered the scar in the earth. The crying comes and goes; each reoccurrence is as painful as the first, because I miss her as much today as I did five minutes after her passing. My barn is empty, her sweet face and pricked ears don't greet me every morning. I've been told the pain will lessen; it certainly doesn't feel like it. 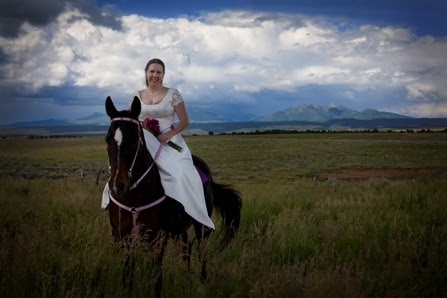 Above photo is from when we were models for a wedding photographer friend last summer.

The following was written the morning after I'd made the decision.

Nothing quite equals the love of a pony
From when they are young till they get old and bony.
They take up a big huge chunk of your heart
Then at their death it gets torn painfully apart
I will miss you my best equine friend
But I will do my best for you up till the end
I hope that you're happier on the next plane
But right now all I can think of is pain
I hate that this is causing me such horrible grief
But I know that the end will be your relief.
RIP Fudge. I don't think I'll ever not miss you. 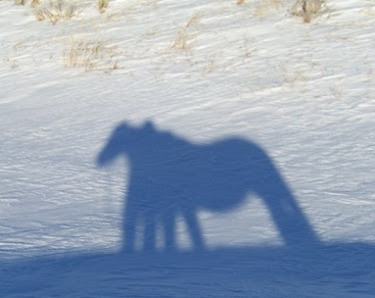 Posted by Jami Davenport at 1:12 PM

Fudge got to die with dignity and knowing she was loved. What more could anyone ask for. Take as long as you need to grieve. There's nothing wrong with missing loved ones.

What a beautiful story. Thank you for sharing. I don't think that the pain from losing a loved one ever goes away put it does get easier to deal with. You committed a very unselfish act when you decided to end her suffering, I'm sure if she could have she would have thanked you. Someday you two will meet again.

Pam, what a lovely tribute to your mare. Thanks for sharing. I owned a very nice horse named Fudge for many years. He was the same color as your mare, dark bay or brown, just like the candy. And he was a good one, also.

I followed the links to your blog, and I see that you now have another pony you are riding. Good for you. There will always be a place in your heart for your mare, but there are many horses out there to love. Best of luck with Penny.

It was amazing to me how time does not stop when something causes our hearts to ache so much. Life goes on and nothing really stops to take notice.

Hopefully one day you will be able to remember her with a smile on your face and without so much pain.

I sure understand your pain. My horse, Flanigan, is buried here and I still shed tears at times when I look at his gravestone. He died six years ago. But I do agree with Linda--the love we can share with horses is endless--I have found it to be true that another special horse comes along. No, I never got another Flanigan, but I love the horses I have now.

Fudge was lucky to have you. Thank you for a very touching story.

Thank you all for your kind words.

The last year has not been the best for me horsewise. I put down my friend's retiree Flanigan (yes, the same name as Laura's horse, he was named after the HMA he was captured in.) His replacement turned out to be not as advertised, learned the hard way with a concussion. I had to put down Fudge... But in there Penny Pony fell in my lap. I wasn't looking, I hadn't sold the bolting horse yet and thought I'd have Fudge a bit longer. But I instantly trusted her, and after my experince with the bolter this was a huge thing. In turn, she instantly trusted me, and with a past of being abused this surprised and delighted the ladies at the barn who were trying to help her owner (who could no longer pay her board) find her a home. With her being only 5 we have a whole life ahead of us. I was on her back for her first trot under saddle, her first canter, her first tiny jump, her first trail ride (acted like she's been doing it for years.) I don't expect her to replace Fudge, but it looks like she's going to be a worthy successor. Plus, who doesn't secretly want a white pony? :D

Wow--another Flanigan. Mine was sure a great horse. And yeah, the pony I bought my son when my little boy turned five was a mostly white (like 90 percent) pinto pony. And I have to admit, I had the same thought. A white pony--just what I would have dreamed of as a child. One of my favorite books was "The Little White Horse" by Elisabeth Goudge, and I felt I had actually acquired a magical little white horse for my kid. And I loved riding Toby as well--at thirteen and a half hands, he was big enough that I could poke around on him, too. Have fun with Penny.