A Question About Books 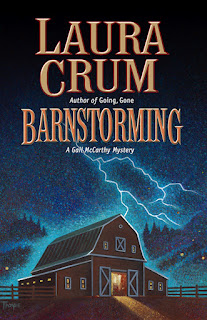 As most of you may know, this spring the 12th book in my mystery series (Barnstorming) featuring equine veterinarian Gail McCarthy was published by Perseverance Press, which has published my last four books. At the same time, the first eight books in the series (which are out of print) became available on Kindle for 99 cents. Thus the whole series is once again easily available to readers—as long as you read on a Kindle. Since then I have had a few inquiries from those who have Nook rather than Kindle as to when the books would be available for Nook.
I have to admit I took a deep breath after I did all the work needed to put the first eight books up on Kindle. But last week my husband and I looked into what we would need to do to get the books available on Nook. It was a little daunting. Unlike Kindle, which was a pretty straight-forward process, the Nook people wanted to know everything from our social security numbers to our bank account numbers and passwords and more. Stuff we weren’t comfortable giving them. Stuff that Amazon/Kindle certainly didn’t ask for. We decided to abort the process and think about it.
So today I want to put the question out to anyone who is interested in reading my books—and for that matter, anyone who reads, even if you’re not interested in reading my books. I need advice. What should I do here?
Do many of you read on Nook? Do those who read on Nook prefer to get your books that way? Can you get the Kindle “app” and read on your computer? I am trying to decide if I need to look harder at getting these books available on Nook—or for that matter, other ebook applications.
For those who have asked about getting the first eight books as regular books, they can still be found as used books on Amazon. Sometimes as cheaply as 99 cents. A reader (thank you Judy O'Bannon) wrote to say that she found Slickrock (my most popular book—set on a pack trip in the Sierra Nevada Mts) for 75 cents on a site called half.com (ebay’s book site).
Anyway, any input on this subject is appreciated. In what form do you read books? How many Nook readers are out there who would buy my books if they were available on Nook?
And a big thank you to those who have been buying my older titles on Kindle—I really appreciate it. This is the seventh book—and one of my favorite covers—by the very talented Peter Thorpe, who did many of my covers. 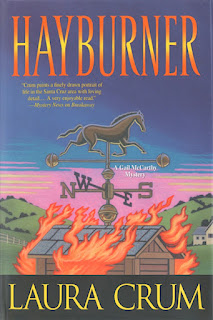 PS—I’m not the only author left posting on this site—many others are busy or on vacation, so I’m filling in.

I read in hard copy and in the Kindle - no Nook. I'd be uncomfortable providing them with all that information too.

And OH HELL NO I would not give that information out. I worked closely with IT security pros for many years, and learned to be very, VERY protective of any electronic credentials. There is NO REASON they should need that information from you. I'd be super-suspicious of what they are asking for.

Very strange. I wonder why they're so different than the Kindle. There are so many apps for Kindle--phone, computer, and eReader--I would think that would be enough for anyone wanting to read them. I have a Kindle, and I also use my phone app Kindle if my reader isn't with me.

Its interesting--the Kindle process was very straight forward and easy. The hard part (for me) is that I had no digital copies of the earlier books so had to scan them in and then take out all the scanner errors. Very time consuming. But once I had the digital files, getting them on Kindle was easy--and the people I worked with were very helpful. They did not seem to need info besides what you would expect. So, yes, WHY would the Nook group need all this other info?

I don't know anything about the en-Nooking process. I don't think I'd want to give them my SSN either - account number, well, you could always open a new checking account with $50 and use that for your "Nook account" - mitigate your losses if it is compromised. But I'd still be pretty hesitant.

I read on my Kindle. My husband is back to reading on his iPad, and he says he's really liking iBooks (the Apple ebook thing) because it syncs between his iPad, computer, and iPhone seamlessly. The amazon kindle app is supposed to sync, but he says it's hit or miss. I dunno, I really like the Kindle device e-ink and I am not at all interested in reading on my phone, computer, etc.

I have a Nook and would probly buy the newest books on there vs hardcover. Just got my first smart phone tho and wonder of wonders it has the kindle app on it so of course I downloaded 3 of your books on it for while I was on vacation this past week and LOVED the books so I will probly get the rest on that so I can at least read them.

Look into going through Smashwords and they do the distribution for you. I think they use B&N, Diesel, Apple, and a bunch of others. Way easier than jumping through intrusive hoops from the Nook crew it sounds like.

I second the nomination for Smashwords. If you've got your books as e-copies now (which you had to do for Kindle, right?) the conversion to other formats is relatively straightforward, and Smashwords doesn't invade your privacy.

I have a Nook (mostly because I abhor Amazon.com's politics and policies) but it's not my only source of reading materials.

At the moment I'm reading a book so huge and so enjoyable that I have a paperback copy at work, the audio version in my truck, and the Nook version beside my bed! (REAMDE by Neal Stephenson, no horses, total geek-read).

Smashwords is a self-e-publisher, right? Laura's GOT a publisher, so I don't think that's what she needs...?

I find the Kindle's e-paper to be the easiest on the eyes, so that is my preference.

I cannot see justifying the request of such personal information just to submit books for the Nook. I think that a lot of people like to read on tablets, if there is a standard version available for them (good luck with that one!).

I mostly read ebooks these days, but I don't have a dedicated ereader. I do use the kindle app on my phone, laptop and desktop but I don't buy solely from Amazon. I buy in various formats and convert if I have to. Things that put me off are e versions that cost more that the print title and drm.
Nook I can't help with, it's not big in the UK. I think besides Amazon, Sony is probably the bigger store outside the US - Barnes&Noble and Nook are useless for that.
As far as I'm aware, authors are able to publish previously dubbed works via smashwords - they act more as a distributor than a publisher.
I try not to buy small press authors secondhand but have no compunction about borrowing UK authors from the library because I know they'll get PLR royalties for it.

Thank you all for the advice. Smashwords has been recommended before, and I don't actually know if they are a publisher or a "facilitator" sort of thing--I will have to look into that. As Funder says, I don't need a publisher since I already have one, but a distributor for the older books in ebook forms would not be a bad idea. I will check into it.

I've sold more books on the Nook than on the Kindle or through Smashwords. FWIW.

Actually, the Nook takes ePUB files, and if you wanted to go through the song and dance of setting up a website and taking your own money, you could sell it yourself....

Meanwhile, I think I'm going to suck it up and go with print on demand as well as electronic for the next book in the series.

Just a heads up with regard to Smashwords...it's much more difficult to put works up there than it is at Barnes and Noble or Amazon. I've sold more for Nook and even Kindle than I have through Smashwords. They have odd formatting requirements and it can take a lot longer to upload there than through Amazon or B&N.

If Laura's regular publisher isn't doing her backlist as e-books, then she *is* self-publishing these. Her publisher apparently isn't doing anything for her on the titles so if she does the work, the formatting, the uploading, and takes the risk of selling them, then she keeps the money.

Smashwords has a auto-formatter that can work from a Word doc; I never had great difficulty revising if there were errors in the file, and if *I* can figure it out, most anyone can.

SWords is an option to look at.

Anon--You're quite right. My current publisher deals only with my last four titles, and they are all available as ebooks. The first eight titles have long been out of print and the rights have reverted to me. So, yes, I am self-publishing them on Kindle. I will check into Smashwords.

I have purchased your first 4 books on Kindle - but I read them on my Nook. I have a free program for my computer called Calibre that lets me convert just about any ebook format and transfer it to my Nook (it works the other way too).