The Art of Hanging In There

I've been so impressed with the interesting, informative posts by my fellow Equestrian Ink authors on the process of getting published. I thought I would share the circumstances under which I worked up my courage to send in my query letters for A Dangerous Dream.

As some of you may know, I wrote my first novel, A Dangerous Dream, while I was on bedrest with a twin pregnancy. I had never written fiction in my life but had always dreamed of doing so. My poor husband had lost track of which novels he'd already bought me among the stacks piling up in my bedroom, so in desperation I started making up my own stories while I lay there with the approximate mobility of a beached whale.

In between cravings for ice cream and lobster (my husband got major kudos from my family and friends for the amount of take-out lobster dinners he served me in bed), I started pecking away on a laptop (which was a considerable balancing act seeing as I had no lap). Before long my page count started growing even faster than my belly, which is really saying something.

Needless to say, when the obstetrician said we aren't going to hold off the grand entrance of the twins any longer and I delivered my two amazing boys, the nearly completed novel went on the back burner. It was a rude awakening (no pun intended) to realize that our newborn twins were not in sync on night time awakenings. Despite all attenpts to try for 12:30 and 4 AM, night feedings often were more like 11, 1, 3, and 5 AM. A few months later, when my brain was approaching the consistency of oatmeal, a friend suggested I join a group of some kind which was unrelated to my mommy job.

I was so involved with the kids the thought of doing something for myself seemed completely alien. The only other interest nagging at the back of my mind was the novel I had written. I joined Romance Writers of America and with absolutely no idea what I was doing sent off a couple of query letters to agents and got polite rejection letters. 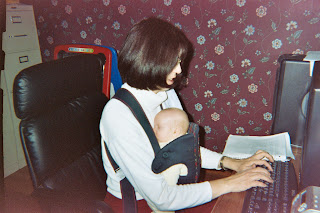 My husband, bless his heart, encouraged me to keep going on writing so I went to an RWA meeting and was told about an organization called PRO for writers who completed a novel but hadn't sold one yet. She told me I needed a rejection letter from a publisher to join so I figured that would be easy enough to come by. In my sleep deprived state it didn't occur to me my two agent rejection letters would have sufficed, so onward I trudged looking for a publisher to send my book and get a rejection letter for a PRO application.

I learned that the turnaround on queries was generally fairly quick with epublishers so I quickly wrote out a query letter and sent it off to two epubs members of my local RWA chapter had published with and found to be reputable. About two months later, when my boys sleep schedule was finally stretching out, I was up early checking email and I saw an email from one of the epubs I'd queried. The subject line said contract so I took a sip of my coffee, blinked a few times, and tried reading it again. It still said Contract so I took a deep breath and opened it.

There it was. In place of the expected rejection was a contract offer. I jumped up and realized that for the first time in a long time the whole family was asleep. Drat! I looked at my heroic husband and didn't have the heart to wake him so I had to wait for the boys next call for food. My daughter, by the way, learned to sleep through just about anything. It didn't hurt that her baby brothers had her wrapped around their little fingers. 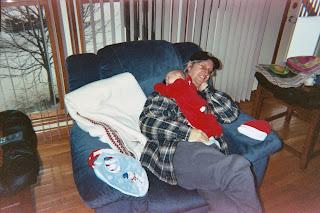 When Eric awoke and repeated my blinking re-read of the email we had a decision to make. We had never dreamed of having the opportunity to publish so soon and I was very concerned that the book could be made much better with more time and attention. Eric came up with the point that finally decided us. He reminded me that most authors wind up putting their 'learning book' in a drawer. Here was an opportunity for us to keep learning from it.

And learn we did. I had the opportunity to learn web design, online chats, an array of marketing and promotional venues, and the all important review process. Best of all, I got wonderful feedback from readers and the opportunity to be a part of Equestrian Ink. The epublishing market did not bring in revenue as a traditional publisher would have, but the learning experience was invaluable.

I suppose my story is that great things can come when you least expect it. I thought our miracles were complete with our beatiful, health three children, but we got a bonus. A second career and here's the best part - my husband is working with me on my current novel. It's a contemporary fantasy where the structure and function of an international society of witches mirrors that of the real life intelligence community. My husband was the TA in graduate school for a course titled Intelligence and Covert Operations. He never guessed he'd be using that background to help his wife write a novel!

The paths to publication are many and varied but never give up. Your own miracle might be just around the corner!

Way to hang in there. You should be proud of your accomplishments and kudos to your husband.