I know this seems like a strange title but "First World Problems" is a phrase I learned from a friend who spent 3 months in Africa helping tribes learn about the importance of water purification. It seems amazing to me that it has been a year since my own trip to Kenya and I remain forever changed and count the days until I can arrange for another trip to east Africa.


It has been quite a year since I traveled to literally the center of the planet (Kenya straddles the equator) and the year has been full of many ups and a few downs but even the worst of it could be described as a "first world problem." 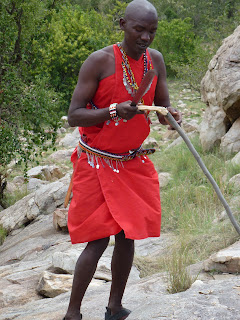 One of many epiphanies that I had in Kenya was related to the Masai people. By our standards they have very little and live in what we would consider squalor conditions. 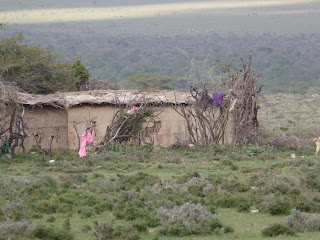 But everywhere we went, every village we passed, they greeted us with smiles and genuine joy at seeing our little band of equestrians. They would say "Jambo" which is hello in Swahili and the children would smile and giggle with delight and follow us for as long as there legs would allow.

Out on the Mara they have little to none of our life's type of conveniences, little to no technology and they live in huts that are constructed of mud and cow dung. Not exactly up to the earth quake construction standards that we have in California. They measure wealth by the number of cows, goats and wives (something the liberated woman in me has a hard time wrapping my head around) a man has and they live cooperatively unlike anything we see in our modern lives. 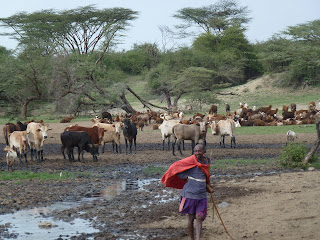 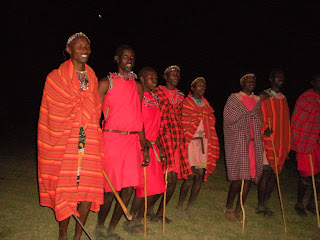 Our lives seem so complicated and often times unpleasant by comparison. We have more, but do we really? I ponder this every time I have a "first world problem" and sometimes long for invitingly simply existance of the Masai.  Of course we rarely want for food and take clean water for granted and certainly don't have to worry about elephants crushing out huts or trampling our crops but their lives are so much less stressful. Who is better off??

Terri--a great post, and one I needed to read in the midst of my whining about book promotion. As Laura and I have both concluded in our lives, it is family and home and gardening and the simple things that make life special. Thank you for pointing it out in a different way.

I use that phrase "first world problems" all the time--I think I learned it from Funder. I'm pretty sure its better to have first world problems...as long as one realizes that that is what they are. Thus, as Alison pointed out, keeping one's eye on the ball--which in my view is valuing home and family, just as those in the third world do. If we don't get caught up in "too much stuff", those of us in the first world can sometimes recognize how very lucky we are.

I tend to wince and say "rich people problems" when I suddenly get uncomfortable at hearing myself moan about grievances that the majority of the world doesn't even know exist. Like Laura, I'd rather have "first world problems", while doing my best to remember just how privileged and lucky I am. I remember having no running water during working hours a couple of years ago because they were doing work on the major pipes in the village. The discomfort of not being able to turn a tap and have water was crazy! Stuff like that makes you think...

I too went to Kenya, saw the same, Massai and felt blessed to be able to visit a world so far away and so very different. We went into Brundai, and so poor, yet smiles and waves and yes, Jumbo. We have so much. We probably throw away what these people live on each and every month, yet they smile and seem so happy. WIsh we could find that kind of happiness in America, with God's help we could.

It takes seeing others' 'lack' and appreciation for what they have to truly appreciate what we have.

I felt the same after spending 5 weeks in South Africa and after a recent head injury, agree that family and the 'simple' things in life are the best.