Hi Everyone - I'm having a promotion on one of my books, with the cooperation of my publisher, Musa.

It's a sweet story, told in two different voices, and it's about a lost dog, a first love, and a journey. 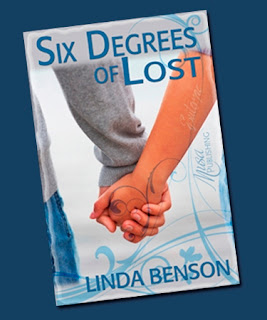 Olive’s mother is headed to jail and her brother to join the Army, so thirteen-year-old Olive is uprooted from sunny California and dumped in Washington State like a stray. That's exactly what she feels like surrounded by her aunt’s collection of homeless dogs, cats, and horses.
Fourteen-year-old David’s future is already carved in stone. From a military family with two brothers serving overseas, he’s been pointed towards the Air Force Academy his entire life - but a rafting trip gone awry might ruin his chances.
When a runaway dog is almost hit by a car, the search for its owner leads Olive and David, two teens from entirely different backgrounds, to an unlikely bond. Will their growing attraction to each other be enough to keep Olive from a foolhardy journey to find her mother? Will David risk his family’s plans to save her? 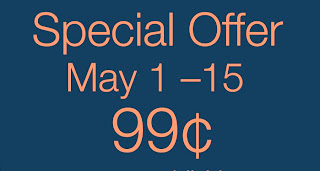 Six Degrees of Lost will be available at this special price on Amazon, Barnes&Noble, and some other sites, I believe.

And although horses are not the main theme of this book, it does of course, have horses in it! Here's a short excerpt:

“So what’s with all those dogs barking in the back yard?”


“They’re foster dogs. My aunt takes them in when they get too crowded at the animal shelter. Some of them aren’t adoptable, and would be put to sleep otherwise.”


“We’ve also got six cats in the house, plus the horses out back. Come on, I’ll show you.” The yellow dog jumps up and down, begging for the stick. Olive flings it down the driveway. I see a small shelter out back, with sagging fences. Olive is already headed that way, taking short barefoot steps on the gravel, so I follow.


A sway-backed pinto horse with a mouth full of hay sticks his head out from the shelter and then turns and goes back to his breakfast. It looks kind of bony.


“Yeah, that’s Paintball.” She grins. “Well, that’s what I call him. He was found wandering loose up in the National Forest. Aunt Trudy says somebody just dumped him there.”


“Why would anybody do that?”

Olive shrugs. “I know. Hard to believe, huh? I guess they couldn’t afford to feed him, but still, that’s just mean.”


A huge brown horse wanders over to the fence. “Who’s this one?” I reach between the strands of wire and pat his head. He’s just as skinny as the first one.


“My aunt says he’s ancient, and we’ll probably never get his weight back on. They found him tied to a tree in front of the animal shelter, but they don’t really have any facilities for horses there, so he came here instead. He’s sweet, huh?”


“Yeah, he seems nice.” The old horse pushes his head underneath my hand, clearly enjoying the attention.


“I call him Shakespeare. ‘Cause he looks so noble and elegant.”


Elegant? I think. That’s a stretch. “Can you ride them?”


“I don’t know. Aunt Trudy says we don’t really know that much about them. Anyway, it’s been too hot, and she’s always busy. She’s a clerk at the animal shelter thrift shop, and she takes turns working down at the shelter, besides feeding all these animals here at home.”


Olive talks so fast she makes my head swim. She barely takes a breath, and rattles on. “So besides the ones she takes in from the shelter, my aunt is always finding animals, too. She says there must be an invisible sign at the bottom of the driveway that says: Lost Animals Stop Here.”


“Is that how you found this dog?” I stroke the big lab’s ears, and he presses against me.


“He was standing in the middle of the road,” she says, “and almost got hit by a car.” She smiles. “Maybe he was reading the sign.”

Hope some of you will hop on over and pick this one up while it's on sale at this great price. It's perfect for middle-grade readers through adult, and animal lovers of all ages!
Thanks! We appreciate our readers very much!
Amazon

Six Degrees of Lost is already showing the .99 price on Amazon! Woo Hoo!

Well ya hooked me! I got that one and "The Girl Who Remembered Horses as well."
Can't wait to get home and start reading!

Oh gosh, Cindy, thanks! And *Hugs*

I hope you enjoy them both, and let us know what you think!

I read it when it first came out and loved it!