Well, after my last post about how the horses were doing well, but I was too lazy to ride, I decided to, you know, actually ride my horse. So we hauled over to the roping arena on Thursday and saddled up, and Sunny felt great. Trotted out freely and eager to go, loped a few laps in the big, freshly groomed arena feeling solid and strong, stopped in a nice, balanced frame. And then, after maybe ten minutes light riding, in which he was 100% sound, he stumbled, trotting down the long side of the arena. And was immediately dead lame in the left front.
Well, OK then. Suddenly my horse is head bobbing lame at the walk. I tie him up, pick his feet—nothing. I look for damage—nothing other than a tiny, tiny spot where he “might” have stepped on himself. No blood. But he’s really lame. By the time we load up to go home three hours later, he’s still lame. But there is no swelling and no sign of trauma. Weird.
I unload him at home and he’s still lame, but happy to eat some grass hay that I feed him, along with the other horses. Two hours later he’s still lame—and he’s colicked.
I’m not kidding. Pawing the ground, won’t graze, looking at his side. I have no idea if the lameness and the colic are related, but I give him a dose of Banamine and call the vet. Twenty minutes later the vet has not called me back, but the Banamine has kicked in and Sunny seems normal. I put him back in his corral and feed him about 1/4 of what he normally gets.
The vet finally calls back and says to call him again later if the pain comes back. I check Sunny at bedtime and midnight (when the drug is out of his system) and he seems fine. He is fine the next morning—and not noticeably lame, either.
So…what was that all about? The horse has never colicked before that I know of. He’s not really a big baby, either. Three days later, he still seems absolutely normal, enjoying life like nothing ever happened. I just can’t figure the whole thing out, though I’m grateful he seems fine now. Jeez… 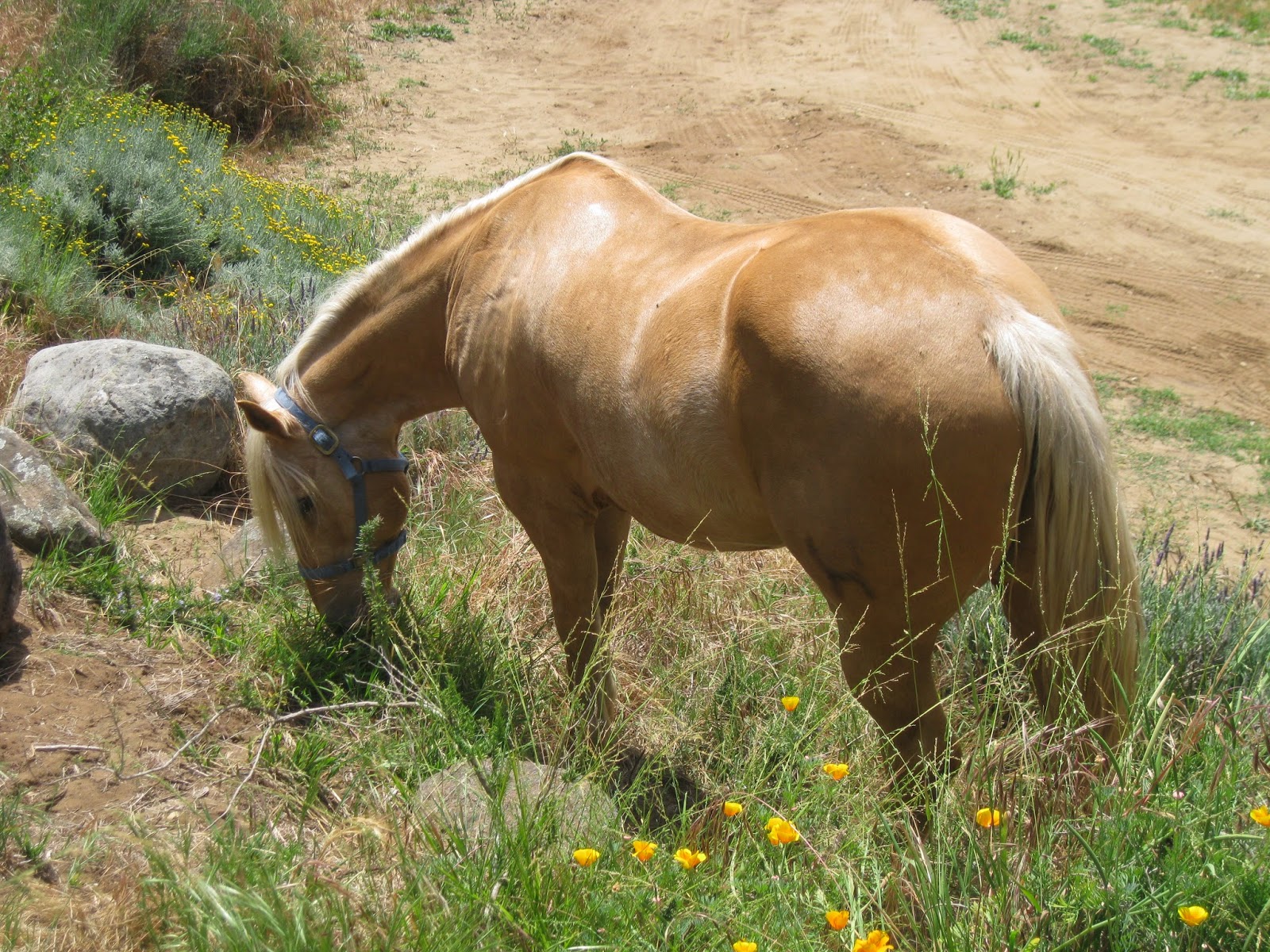 In the immortal words of Rosanne Rosannadanna, "It's always something."

I've learned not to ever say how well my horse is doing. I always turn out to be a liar.

They know how to scare us. Who knows? With horses, it's always a mystery. Glad he's feeling better.

I've had two horses colic from pain not related to their gut, so my guess is, yeah, probably connected somehow.

Toad's colic happened when the pain meds wore off after he tore a glute muscle. He was a fretsome horse, and he fussed and fretted himself into a huge mess on that one.

Fee colicked when she was barefoot, newly trimmed, and the ground suddenly froze hard. Her colic was much less severe,but definitely related to worry about her foot pain.

Both colics resolved without complications, although Toad took a few bags of fluid to set him right.

Very interesting what AareneX says and it seems to fit in with Sunny's story.
I'm glad you (and he) got off lightly.

I think Aarene may be right, though I would have said that Sunny was more of a stoic type. I have had one previous horse colic due to foot pain, but the pain was much more severe--sudden abscess and the horse was three-legged lame in the morning and pretty much wouldn't walk--I was afraid that he hadn't even been willing to walk to water overnight. I suspected the colic might have been caused by lack of water. But yeah...foot pain and colic.

The only other possibility in my mind is that the grass hay I fed Sunny for lunch was from a different source than the grass/alfalfa mix the horses have been eating, and all the horses found it unpalatable and did not finish the small amount I gave them. Though none of them except Sunny colicked. However, I will not be feeding that particular hay again.

Rather like the dressage rider's superstition about never commenting on how well a horse is going. ;)

There's quite a strong correlation between lameness/injury and colic, although the exact mechanism/routes of causation is still subject to some debate.

I've had mystery temporary lameness like that occur a couple of times. The most dramatic was a pony who got a glancing kick to the chest when being brought in and immediately went literally three legged lame, completely non weight bearing, leg dragging. I'd seen the 'impact' and for a while was doubting the evidence of my own eyes because there was no way that a whisk past like that could have caused the kind of damage required to cause that degree of lameness. There wasn't even so much as a smudge of mud, or hairs out of place.
Fortuitously, the vet was scheduled to be there not even half a hour later for routine vaccinations, so I very slowly coaxed him to hop closer to the yard and waited. Vet was baffled too, pretty quickly decided that there was an extremely low possibility of fracture or muscular/joint injury. After some head scratching, he got some bute and we put up a temporary pen around him and turned another pony out as a companion. By morning he was near as damnit sound. The only theory that made any sense of that was that the kick impacted a nerve, rather like bumping your funny bone, and that caused a form of temporary paralysis.
If something like that happened, even a stoic type like Sunny could be forgiven a minor tummy ache - nerve pain is like nothing else, in my thankfully limited experience!

That's quite the story, FD. Sunny was not "that" lame, but after what you and Aarene both said, I'm guessing maybe his colic was caused by the lameness.