After I asked what people would like to read about (A Question to Readers), I got some interesting responses. Most of the comments were on facebook, so if you don’t go there, you won’t have seen them. The overall consensus was that I should write about both my horse training ideas and how I developed my horse property. Some people suggested alternating, but the two subjects will both require a series of posts, so I think it will have to be first one and then the other. More people seemed interested in the horse training theme (at least on facebook—blog comments tended to favor the horse property theme), and I have a post already written on this topic, so I’ll start with that. And what I’m really going to start with is a disclaimer.
I am not a “professional” horse trainer. I worked for half a dozen professional horse trainers as an assistant and helped train well over a hundred colts, but horses that I trained solely by myself from start to finish number roughly twelve. Some of these were my own horses, some belonged to friends/family. I rode them all for at least a couple of years in order to take them from not-broke (or less than thirty days previous riding) to broke saddle horses. Three of these I kept as forever horses, the rest were either sold or not mine. But they all made good reliable horses.
I learned to train horses from some handy ranch cowboys and the professional trainers that I worked for. All of these trainers/cowboys came from a cowhorse background and shared some thinking in common. Over time I refined the methods I was taught and came up with my own basic protocol. Every horse is different and the protocol got modified to fit each colt. But certain steps always were used—some horses needed them only very briefly—others needed a lot of one thing or another. I always tried to pay attention to the individual horse and what that horse needed.
I can explain my methods in these posts, but I can’t teach anyone how to read a horse. And it is the ability to read a horse that counts the most. Because you must read a horse accurately to know when it is time to back off or quit, and when you must push on. And so I am the first to say that the methods themselves are not the answer. But they are a start.
These methods may seem cruel to some of you. And they can be cruel if you don’t know how to read a horse, or if you don’t have any compassion for a horse. I have seen these methods used in very cruel ways.
But…here’s the flip side. I have seen WAY too many people trying to get along with horses that are not truly broke. Basically any time the ill-broke horse feels that he doesn’t want to obey, he simply bulls through the bridle (or halter) and does what he wants. And this just doesn’t work out. People get hurt or killed or very, very scared.
Horses are dangerous. The number one goal of horse training should be to produce a horse that is reliably obedient and thus relatively safe. This really needs to be kept in mind.
In my view the rather unpalatable sounding truth is that what makes a horse reliably obedient is not “feel good” training. It’s teaching him in effective ways that resistance doesn’t work—such that the habit of yielding rather than resisting is ingrained. This kind of training isn’t always pretty. It can’t be. If we stick to what’s pretty, we will never have a horse who obeys when things get tough.
When do you really NEED a horse to obey the bridle? Moseying down the trail on a calm day? No. In the roping box at the start of a run, or at the start of an endurance ride, or when something has truly scared him? Yes. When the adrenaline comes up and the horse really wants to ignore your signal—that is the moment you most need him to stay broke. So that you stay safe. And this is where my traditional “coercive” methods will really pay off.
By “coercive,” I do not mean hitting or spurring or punishing the horse. I mean using traditional horsemanship methods such as “checking up” or bitting up” that teach a horse that resisting the pull of the reins is futile. This is done in such a way that when the horse fights the pull by throwing his head he only increases the pressure on himself. If done skillfully, a horse will forever respond to the pull of the reins by “giving” his head—even under difficult circumstances. And thus the rider will always have a good chance of staying in control. Horse and rider will both be safer. And that is the goal of training.
So I am going to begin a short series of posts describing the way I learned to train horses. It’s fine if you don’t agree with these methods and you are welcome to say so. But please bear in mind that though at times this training is not “fun” for the horse, the ultimate goal of making a consistently obedient horse, even under pressure, is something that I feel is truly valuable. Such horses are both far safer to ride and handle, and also far more likely to find a good forever home than their ill-broke, unreliable (and much more dangerous) fellows.

PS—For those of you who wanted to hear how I developed my horse property, I will do a brief series of horse training posts, and then a much longer series of posts about this property and how it came to be what it is. To be honest, it will take me awhile to both contemplate what I want to say about my home and write the posts. Developing this property has been my life’s work, as much or more than writing my mystery series, so there is a lot that I want to talk about, above and beyond what makes for a good horse set up. 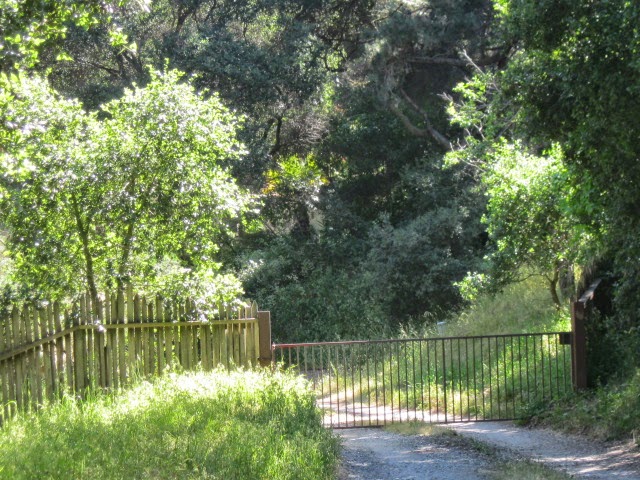