Besides being a writer, I'm also an avid reader (especially anything about a horse) and I thought I'd mention a couple of recent reads that might be new to you. WAR HORSE, by well-known British author Michael Morpurgo, is now being made into a movie by Steven Spielberg, due to come out in August, 2011. 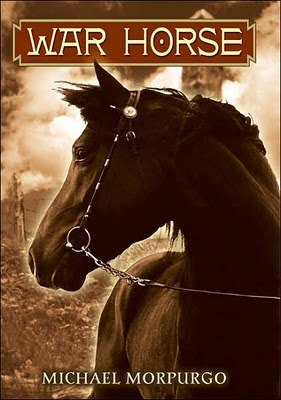 Told in first person from the horse's point of view, it's the story of Joey, a horse who is sold to the cavalry during World War One, and who experiences the horror of war in the trenches of France. But he still remembers his young master, Albert, from the farm where he grew up. Will he ever see him again? This is quite a touching story, and you might enjoy finding a copy and reading it before the movie comes out next year. 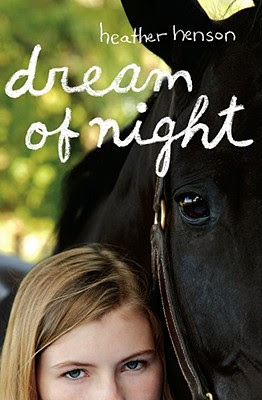 DREAM OF NIGHT, by Heather Henson, is a recent release. Told from three different viewpoints - an ex-race horse, an abused girl, and an aging horsewoman who takes them both in, it's a quick read and you might enjoy it. I did.

As a young girl I was fascinated with horses. The only time I ever got to see them was at the annual 4H fair. We didn't have horses, we didn't know any one with horses but I was just fascinated with them. I remember going to the bookstore and buying Misty of Chincoteague and reading it with passion. Then low and behold my brother ended up living in Chincoteague so we would visit. Unfortunately I never got to see the horses on their annual trek. But I didn't care. I just loved horses.

Thanks for the info Linda, I can't wait for the days to get shorter so I have more time to read. Both of these books sound great, especially War Horse. I also read as much as I can and it was the Black Stallion series when I was a kid that sparked the reading bug for me. I also read all the Misty books and King of the Wind was another favorite. Years ago, after my Dad passed away, I found myself rereading King of the Wind and several short stories about horses. It was like comfort food for me and a lot better for the waist line.

Barb and Terri - Yes, I've been a sucker for horse books ever since I was a little girl, also. You'd think I might outgrow this, but it hasn't happened, and I doubt it ever will. I, too, love the classics, and I also love the fact that the genre is alive and well, with new horse novels being published all the time. Enjoy!

Linda, thank you for reminding me of War Horse; it's a book I've been meaning to buy and read for quite a while. Apparently the musical is wonderful, too; I'm not sure whether it's still playing in London, but I remember reading amazing reviews and would love to see it. I bet the movie will be quite the weepie...!!!

I devoured horse and pony books as a child. One of my favourite things to do when visiting my grandmother in England was to go and hang out in WH Smiths and scour the shelves for pony books. I saw recently that Jilly Cooper (Riders, Polo, etc.) has a new book out, once again set in the equestrian world, and I look forward to picking it up when I visit my daughter in Cornwall next week.

I love that Hollywood is making some horse movies that are more substantial than the Flicka-type fare. I'm definitely putting War Horse on my list of must-reads. Thanks, Linda!