I saw the movie Secretariat last night, and it was grand. Not only does it showcase our greatest horse athlete of all time (winner of the 1973 Triple Crown -set track records for Kentucky Derby and Belmont Stakes that still stand - appeared on cover of Sports Illustrated, Time Magazine, and Newsweek) but the movie is a great human interest story and great family entertainment. 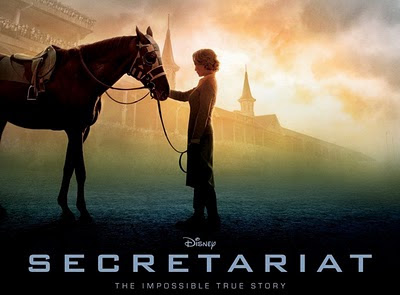 The actors are wonderful and I really enjoyed watching Diane Lane portray Secretariat's owner, Penny Chenery, as she stood up to the "good old boy" fraternity of horse racing and gave us all something to cheer about. 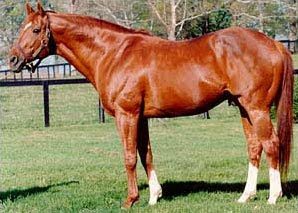 Five different horses, four thoroughbreds and a quarter horse, portrayed "Big Red" during the film, although none were quite so magnificent as the actual horse himself (pictured above.) The racing scenes are quite thrilling, with up close photography that brings you right into the action. 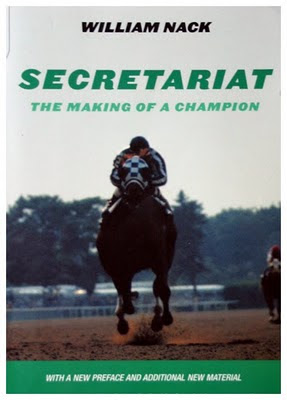 There may be a few horse people that have tiny quibbles about the accuracy of a few scenes, but this is not a documentary, but instead a warm and rousing movie that had the audience at the edge of their seats.

For people who would like to know more about this great horse, I highly recommend the book by William Nack (who shows up, Bill Nack, as a character in the film.)
SECRETARIAT - The Making of a Champion, Wiliam Nack, Da Capo Press

Secretariat died at the age of 19, suffering from laminitis, and his autopsy revealed a heart twice the size of a normal horse.
Some reflect this may have led to his greatness.

Go see this film. Take the family. You won't be sorry.

I'm headed there this week! Thanks for the review.

I've been looking forward to this movie. I can't wait to see it.